MASS EFFECT: ANDROMEDA has landed, and we plowed right through it! It has taken some time, but that’s to be expected with any Mass Effect saga. There are some vast differences from and improvements to previous games in the series, but with each upgrade there is a downfall.

Unlike the original trilogy where you immediately start off as renowned galactic space hero Commander Shepard, ANDROMEDA grounds you (literally) with your starting character as a rookie pathfinder in the Andromeda Initiative.The Andromeda Initiative’s goal is to unite the efforts of the Milky Way species — Turian, Salarian, Human, Krogan, and Asari — and to find viable new homes in an unknown galaxy. Hundreds of thousands of scientists, civilians, and military personnel are placed in 600 year cryo-sleep as they journey into space.

As the Pathfinder, your job is to travel to “Golden Worlds” and create outposts for colonization. But you’ll find that this is not so easy, as these “golden” worlds aren’t so golden. Horrible atmospheric conditions, political strife within the local ranks and warmongering aliens, territorial sentient machines, and giant mechanical worms that make Thresher Maws look cute are just some of the roadblocks you’ll face along the way.

MASS EFFECT: ANDROMEDA takes place during the events of MASS EFFECT 2, right before the Reapers invade the mass relay (part of the Arrival DLC). So yes, if you’re thinking that these guys have no knowledge of all the heroic deeds Commander Shepard did in MASS EFFECT 2 and 3, you are correct — and it’s going to be one hell of a memo to digest.

ANDROMEDA is filled with Easter eggs and classic Mass Effect tropes. Read ahead for the nitty and gritty.

I AM SPACE NEGAN. Where is Lucille?

The Character Builder is a bit more broad as far as choice in hair style, color, and tattoos are concerned. You’ll notice some familiar styles. The textures aren’t perfect, but we appreciate the diversity. The color tones on lighter hair styles still don’t look natural, so I always tend to go for a brunette. What you build in the character builder doesn’t always match up to what you see in animations. Your eyes tend to be bulgy, and your lips are tinier.

Sara and Scott Ryder are twins. You can customize the looks of both, inevitably leading to twice the work. I’m incredibly meticulous, so needless to say it took me over an hour to get the look I wanted, only to realize my character’s chin was too large in the cinematics. So obviously, I had start over. However you choose to do design your little family, the game has programmed some sort of magical algorithm to make you look related to your father. My twin brother looks identical to my father, which is nuts. No one will have the same dad unless you’re running with default heads.

I chose to play as Sara Ryder, and while she is no Fem Shep, your dialogue choices can make for quite the sassy persona. It appears that sarcasm was not left behind in the Milky Way. I don’t always clap back, but when I do, I’m brazen AF. Stay sassy, my friends.

Fryda Wolff does a fantastic job of voicing the nervous and quirky traits of Sara Ryder, but also serves a vicious bite when needed. Scott Ryder sounds much better than Male Shepard from the original trilogy, but I think the ladies have him beat. Jennifer Hale (Fem Shep) will always reign supreme. Sorry Tom Taylorson and Mark Meer — those are tough chops to beat.

Perhaps it’s pretentious for me to feel this way, but five years after the fact, I would think they’d fix the major kinks. I do not appreciate being shot and killed while in the middle of a conversation and unable to exit the dialogue to defend myself. RUDE. There are a few bugs that prevent me from completing side missions right away, but it’s nothing a simple reboot of the system can’t fix. All in all, game combat is still a ton of fun.

To think, all Cora had to do was turn around during Dad’s inspirational speech and she could’ve been the Pathfinder.

In the heat of battle, it’s always a good idea to stop for hugs to remind your squadmates that you still care. No joke, Cora’s arms were up like this for 20 minutes of fire fights. She just slid around my screen. Creepy.

Remember the time you had two Krogan on your ship?! You hear that unknown space frontier? WE ARE A FORCE TO BE RECKONED WITH! I DON’T NEED AN ARMY; I’VE GOT TWO KROGAN. TWO OLD KROGAN!

RIGHT, so remember that time you awkwardly walked in on the same two Krogan mating in the kitchen? Didn’t eat anything for a week.

Huge upgrade from the Mako! They’re literally eons apart, and the Nomad is the textbook definition of All Terrain Vehicle. It’s nice to know that I can drive as recklessly as I want to without the fear of an explosive fireball of death coming from the engine. Besides, who wants to stick to the trails? No mountain or chasm shall stop me from my pathfinding glory!

No one tells me where to park. Credit: @Uastis on Twitter

ANDROMEDA has removed the paragon and renegade choices in dialogue and action sequences, resulting in the ability to truly sculpt your Ryder’s personality just the way you want to. You don’t always have to be a straight up jerk or a saint to gain your team’s loyalty. Yes, loyalty missions are still a thing (Liam’s is the best). The banter between squad-mates is fantastic. The snarky comebacks between Drax and Cora are everything. ANDROMEDA definitely takes a page from ME3’s Citadel DLC, where you really get a sense of camaraderie.

I like options — but hot damn — there may be too many. It’s a love-hate relationship, but all in all I do like that I’m not restricted to one fighting style. Sometimes I want to play it low key, equip my tactical cloak, send out some drones, and snipe some baddies away. Other days I’m fully enraged and want to go in hot with full biotic smashing powers.

The Multiplayer gameplay is as good as ME3’s. There are plenty of different characters with a variety of load outs to choose from. The armor customization is nice and flashy, allowing you to assemble your crew and dress up like your favorite 90s boy band.

It’s not Mass Effect unless you’re falling off a spaceship or shuttle and crash landing onto an unknown planet. As with many other succeeding games, the stories from its predecessor are written off. In Andromeda this is not the case, as there are plenty of references to the original trilogy. The space hamster makes a comeback; an array of model ships are available to decorate your cabin; there’s an enemy alien race kidnapping other species and messing with genetics once again; that pesky Cerberus faction somehow makes an appearance; and the leaders of the Nexus aren’t getting along in the same way the Citadel Council couldn’t get their act together.

Anyone else notice that someone on the Tempest is a big fan of PLANTS VS. ZOMBIES? Vetra REALLY likes cereal.

Someone sleeps well at night.

PLANTS VS ZOMBIES is another EA game. You might recognize this little dude in the “Z7” armor.

You don’t mess with Vetra’s cereal. Ever.

Apparently we’re not going to address the elephant in the room. Found this place, no one uttered a word. Okay, Bioware. Be that way.

All in all, gameplay is still fun despite the repetition required to make each planet viable. Everything wants to kill you in Andromeda — be it the wildlife or environment — which forces adaptive gameplay on the fly. The story is intriguing enough, but the pressure and pull of urgency to save the universe isn’t there. Sure, the immediate threat of space homelessness isn’t ideal, but there’s something about giant squid machines tearing apart the world around you that puts a little pep in your step. The intriguing mystery of Ryder’s memory triggers and the thrill of making Spender eat Adhi butt are what drive me to progress through the game.

Bioware does an excellent job in creating epic worlds and setting the paces for interactive storytelling. As we know from the original trilogy, every decision, big or small, can change the tide in future games and storylines. No joke, one decision literally made me get up out of my chair. I walked around my apartment for five minutes and had a glass of whiskey as I debated the potential consequences of either choice. We’ll see what comes back to haunt me in future games. 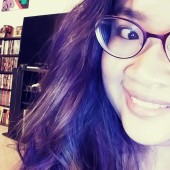 I play video games. I like shiny things. I am The Mother of Catbugs.